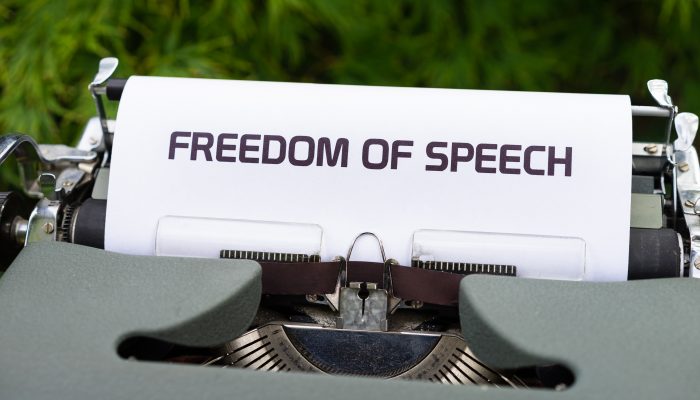 Social media has helped us build bridges in a time we couldn’t traverse real ones. Then came along these new IT rules threatening a shutdown of what had become life savers in a pandemic. Panic and pandemonium was a natural consequence.

Whatsapp was the knight in shining armour and sued the the Indian Government. The extent and the validity of the new IT Rules, 2021 were questioned. Under the rules, Whatsapp must disclose the origin of messages sent using the app. Whatsapp has a problem with this rule because:

The Government justified the rules citing reasons of national security, law and order. They believe that controlling the spread of fake news is the need of the hour. And these rules are a way to do so.

The balance of these interests is what needs to be achieved harmoniously.

The Government gave social networking sites three months to abide by the new Rules. That deadline ended on 25th May, 2021. The Rules call for the appointment of a Chief Compliance Officer, a Nodal Contact and a Resident Grievance Officer. The Government cites reasons of creating a robust mechanism to prevent the spread of hate speech and misinformation.

On 26th May 2021, the Ministry of Electronics and IT issued a press release. It listed the following:

1) The Right to Privacy is a fundamental right and it shall not be infringed. However, no fundamental right is absolute. They all come with reasonable restrictions attached. None of the new reforms would impact the functioning of WhatsApp.

2) Disclosing the source of messages will be the last resort. Rule 4(2) of Intermediary Guidelines will apply. The extent of disclosure is when matters concern the sovereignty, integrity and security of India or heinous crimes. Disclosure is mandated only for investigative purposes.

3) In 2018 the Government had proposed to amend section 79 of the IT Act. This amendment was for tracing of origin of information for legal compliance. No objections were raised by WhatsApp then. It was noted that WhatsApp already shares encrypted information with its parent company, Facebook. This is an infringement of the law and a gross violation of the Right to privacy.

4) International precedent was also cited. Many countries including Canada, U.S.A, Australia and U.K. have passed legislation to the same effect. Brazilian law calls for provision of IP Addresses, customer information and geo-location data under certain circumstances.

Revenue for social networking platforms comes largely from advertising and promotions. India holds the second largest market for social media use. It stood at 326.1 million in 2018 and is expected to grow to 448 million by 2023.

WhatsApp has 400 million users in India and has reported revenues of Rs 6.84 crore.

Understandably, no social network wants to lose the Indian market.

Compliance will also mean modifications of present versions of programming. This would lead to resource drain that ma not have been part of company budgets. Imagine having to programme the same app for the same purpose, but around specific laws.

The Government believes that WhatsApp owes a certain responsibility to India for the business it does here. Especially since it allows for free dissemination of information.

The Government insists that the Rules are being implemented to safeguard national interests, and the people at large. The IT Act and Telegraph Act allow retrieval of information by enforcement agencies. But advanced technology and end to end encryption is making this more and more difficult.

The only way for WhatsApp to identify the source of a message is to do away with end-to-end encryption. This is a loss of its USP an is bad for business. Also, it’s an attack on the right to privacy of its users. End-to-end encryption doesn’t allow for retrieval of content. For compliance, Whatsapp will now store this as as “hashed” data. This means more server space and no regard for data minimization polices.

An adverse decision resulting in a ban in the WhatsApp matter means India will be in tyrannical company. India will join the elite list of China, North Korea, Syria and Iran.

Let’s call this the first wave. The second one is coming. The Personal Data Protection Bill, 2019 is almost ratified.