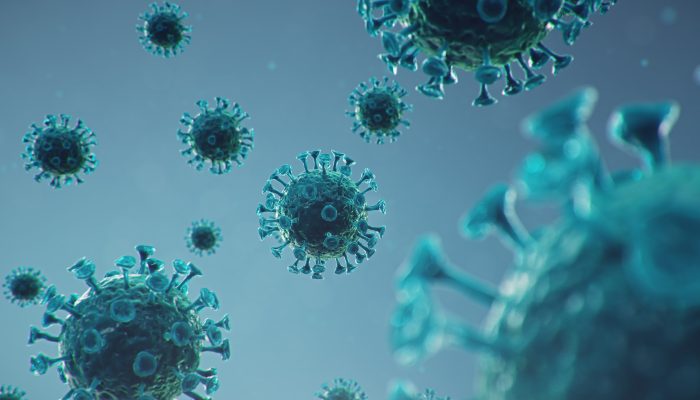 The coronavirus causing COVID-19 has spread like wildfire, playing havoc with the global supply chains, bringing the world economy to an unprecedented standstill. These extraordinary times we find ourselves living in is certainly throwing light on some interesting issues in the realm of contract management.

How does COVID-19 affect contractual obligations?

While it has made it difficult for some parties to execute their contractual obligations, it has left others absolutely incapable of execution.

In the thick of this scenario, parties are reviewing their contracts and hoping to rely on ‘force majeure’ clauses to temporarily suspend their performance obligations under the contract to protect themselves from failure to provide goods or services and in some cases to completely end their contractual arrangement. Luckily, the Department of Expenditure (Procurement Policy Division) of the Ministry of Finance vide an office memorandum dated 19.02.2020 has called the outbreak of COVID-19 a natural calamity and has clarified that ‘force majeure’ may be invoked whenever appropriate following ‘due process’. Though this interpretation by the government may not be binding it may still have persuasive strength in interpreting contracts with the Government of India.

What is Force Majeure?

‘Force Majeure’ is a contractual provision. According to Black Law’s Dictionary “it is an event or effect that can neither be anticipated nor controlled… that prevents someone from completing or doing something that he or she had agreed or officially planned to do”. This concept has neither been defined nor specifically mentioned in statues, so whether or not it can be invoked will depend on the general terms of the contract, the events that precede or succeed it and the facts of the case.

What legal provision govern the claim for Force Majeure in India?

Indian Contract Act does not specifically provide for Force Majeure. Some reference however has been made under Section 32 of the Indian Contract Act, 1970 to contracts that are contingent on the happening of a certain event, where if the event becomes impossible it renders the contract void. This means that there may be certain unanticipated events outside the control of parties that may render a contract unworkable for a limited time while the event lasts, leaving a window for normalcy once the event ceases to exist. It is during such circumstances that ‘force majeure’ comes into play.

What type of events qualify as Force Majeure? Is the outbreak of COVID-19 a force majeure situation?

Force Majeure provisions in contracts tend to be formulated in one of the two ways.

In India the closed list tends to be more favoured. The current outbreak of COVID-19 has been declared a pandemic by the World Health Organization and interestingly you will rarely see the word pandemic listed in force majeure clauses. If you do see it listed in the clause, then you know that you are within the force majeure territory and you can go on to test other elements of force majeure that might be available, and if not, then that makes navigating through the force majeure regime a lot more difficult.

Alternatively, you may notice many contracts referring to the Act of God. This is an interesting one, because the Act of God traditionally tends to be ‘weather dependent’ and without human interference and in that sense a pandemic or epidemic, tends to not be considered as an Act of God. While some parties to a contract may term the disruption in the supply chain due to the pandemic – a natural calamity, or an Act of God, others may argue that forced quarantine or travel bans are the roots of such disruptions and are ‘acts of government’. Therefore, the sole inclusion of an ‘Act of God clause’ does not ensure the recovery of losses caused by COVID-19.

To that end, the key factors to check for force majeure are-

– Do you see the word ‘pandemic’ mentioned under the provision?

– If not, you may want to look at other categories such as ‘disease,’ ‘epidemic,’ ‘quarantine,’ or ‘acts of government,’.

What would an affected party do to claim relief in case the contract does not include an express force majeure clause?

In case the contract does not include a force majeure clause, or the existing clause does not include a particular event, in such a situation the affected party may be able to discharge the contract using the ‘Doctrine of Frustration’. It is a common law doctrine enshrined under Section 56 of the Indian Contract Act, 1970, and it protects parties against circumstances where their contracts have become impossible to perform and such impossibility in performance may be due to the occurrence of an event which affected their ability to perform. It is however extremely important for the application of doctrine of frustration that such person could not have done anything in their power to prevent such an event from happening and that the impossibility is neither self-induced nor a result of negligence. Further, it is really important to bear in mind that the performance has to be impossible, not just difficult or more time consuming or expensive, IMPOSSIBILITY IS WHAT IS REQUIRED.

How have the courts interpreted the word ‘impossible’ provided under section 56 of the Indian Contract Act, 1872?

In regard to the word ‘impossible’ the Supreme Court in Satyabrata Ghose v. Mugneeram Bangur and Co. & Anr. held that the word impossible under Section 56 of the Act to “not be used in the sense of physical or literal impossibility. The performance of an act may not be literally impossible but it may be impracticable and useless from the point of view of the object and purpose which the parties had in view; and if an untoward event or change of circumstances totally upsets the very foundation upon which the parties rested their bargain, it can very well be said that the promisor found it impossible to do the act which he promised to do.”

There is a vast variety of Indian case laws on the doctrine of frustration and one must keep in mind that it is a very high bar to achieve. This can be evidenced by a recent landmark judgement titled Energy Watchdog Vs. Central Electricity Regulatory Commission where the Supreme Court held that force majeure clauses are to be narrowly construed. The court opined that in the force majeure clause contained in the contract in question, “hindrance” could mean an event wholly or partly preventing performance. However, a mere increase in prices would not amount to a hindrance. It was held that since the force majeure clause specifically excluded rise in fuel cost, the fundamental basis of the contract was never dislodged. In view of the fact that alternative modes of performance were available even though the same were at a higher price, a force majeure situation did not arise. The Court further held that since there was a specific clause addressing force majeure in the contract in question, Section 56 of the Contract Act would not have any application.

The two things to note here are that

How to protect yourself from the legal implications of COVID-19?

At present it is impossible to ascertain the exact damage caused by COVID-19, nonetheless it is advisable for businesses to equip themselves in case of any prospective dispute. Parties to the contract must abide by the terms of the agreement and requirements of force majeure clauses. The affected party must promptly notify the counterparty regarding the occurrence of a force majeure event and must collect all documents to produce as evidence in case of a dispute at a later stage. Most importantly, parties must get their contracts evaluated in detail by legal professionals.