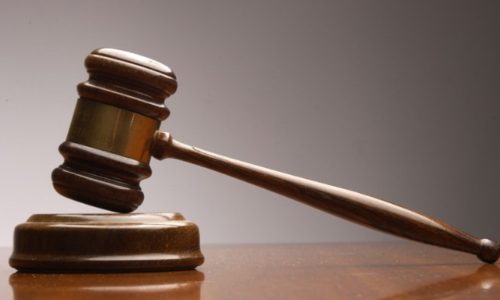 The first decision on the protection of IP rights on the Internet.

In what is known till date as a Landmark judgment in cybersquatting, the Delhi High Court held that a domain name served the same function as a trademark and was therefore entitled to equal protection. As the domain names of the plaintiff ‘Yahoo!’ and defendant ‘Yahoo India!’, were nearly identical and phonetically similar, there was every possibility that internet users would be confused and deceived into believing that the domain names had a common source or a connection. The court further observed that the disclaimer used by the defendants was not sufficient because the nature of the Internet is such that use of a similar domain name cannot be rectified by a disclaimer, and that it did not matter that ‘yahoo’ is a dictionary word. The name had acquired uniqueness and distinctiveness and was associated with the plaintiff.

The Bombay High Court, in Rediff Communication v. Cyberbooth & Anr 2000 PTC 209 also observed that the value and importance of a domain name is like a corporate asset of a company.

Daler Mehndi, the most famous pop star hailing from Punjab has created a niche audience and is immensely popular amongst Punjabi-pop music lovers. The appellant company was incorporated in 1996 to manage the artist’s escalating career. The crux of the case is that the defendants had prolific businesses in selling miniature toys of Daler Mehndi and majorly cashed on to his popularity. Majorly aggrieved, the plaintiff company filed for permanent injunction from infringing the artist’s right of publicity and false endorsement leading to passing off.

The plaintiff company had been assigned all the rights, titles and interests in the personality of the artist along with the Trademark, Daler Mehndi. It was contended by the plaintiff that the unauthorized or unlicensed use of or any part of the reputation of the artist, with respect to goods or services of any manner will lead to make an impression on the public that the goods or services are associated with the singer. And hence, it was submitted that such a use would lead to passing off. It was further averred by the plaintiff that such use was done for commercial exploitation without adequate permission from the person or any other authorized by him, shall constitute infringement of the person’s right to publicity.

Section 29 of the Trademark Act-1999 (hereinafter the Act) lays down the aspects of infringement of trademark. It elucidates that a when a person is using, in course of trade any mark, which is identical or deceptively similar to a registered mark and which he is not entitled or licensed to use shall be deemed to infringe onto the rights of the person who has the lawful right over the mark.

The Act does not give a specific description of passing off as a result it has been derived through judicial precedents drawn from common law. Put simply , passing off would occur when the mark is not only being used deceptively similar to the mark of another but it is being used to create confusion in the minds of the consumer that results in the damage or loss of business for the person or company who/which is the lawful owner of the trademark.

Character merchandising is an area of law which is unexplored in India. The first case that dealt with this was Star India Private Limited v Leo Burnett India (Pvt.) Ltd. The courts in India in these earlier cases, had not dealt with publicity rights. In this case the Court did so quite emphatically. The court meted out a compensatory amount to the tune of Rs. 1,00,000 to the Plaintiff. The intent of the judiciary is clear.

First to enter the world Market/Protecting Trademark Law in India on Established Foreign Brands/Healthcare and medicine.

In this landmark case, the Supreme Court extended the protection guaranteed under trademark law in India to a well-known foreign brand. The court restrained an Indian company from using the mark OCUFLOX. The court judgment was given irrespective of the fact that the U.S. company has neither used the mark in the Indian market, nor the mark was registered in India. The court held that the respondent in this case was the first to enter the market and adopt the mark. Also, the fact that the respondent has not used the mark in India is insignificant, if they were the first to enter the world market.

It was also laid down that in the fields of health care and medicine, all possibilities of deception and confusion should be prevented; keeping in mind that public interest is not jeopardized.

The Delhi High Court held that if the threat of infringement exists, then this court would certainly have jurisdiction to entertain the suit.

It was also held that the exporting of goods from a country is to be considered as sale within the country from where the goods are exported and the same amounts to infringement of trade mark.

In the present matter, the defendant, Bisleri by a master agreement, had sold and assigned the trade mark MAAZA including formulation rights, know-how, intellectual property rights, goodwill etc for India only with respect to a mango fruit drink known as MAAZA to Coca-Cola.

It was held by the court that the intention to use the trade mark besides direct or indirect use of the trade mark was sufficient to give jurisdiction to the court to decide on the issue. The court finally granted an interim injunction against the defendant (Bisleri) from using the trade mark MAAZA in India as well as for export market, which was held to be infringement of trade mark.

Deceptive similarity in a passing-off action.

In this case the Supreme Court held that It is immaterial whether the plaintiff and defendant trade in the same field or in the same or similar products. It identified the following criteria in order to decide an action of passing off on the basis of unregistered trademark :